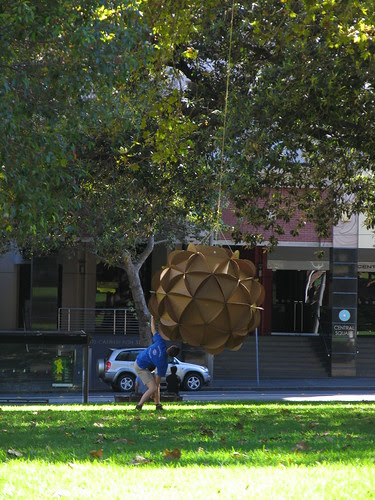 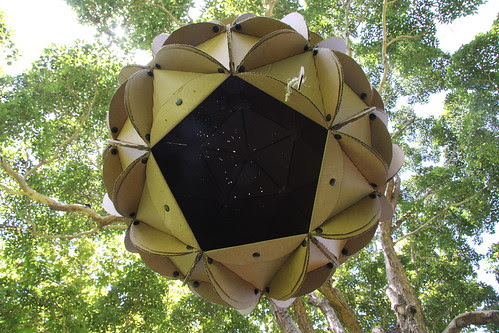 looking up and into the planetarium - you can see the stars! 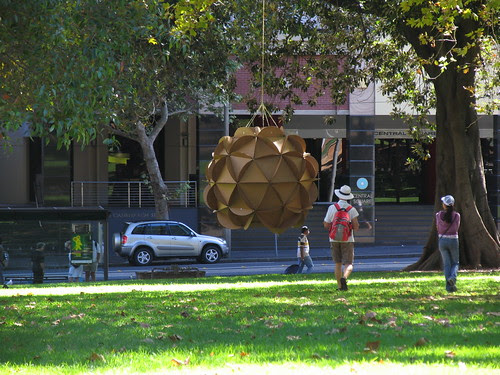 curiosity got the better of them
Belmore Park, 11.20am 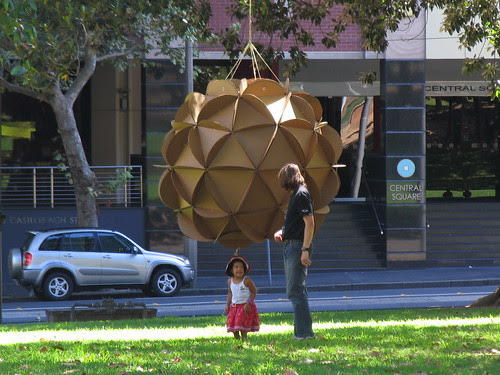 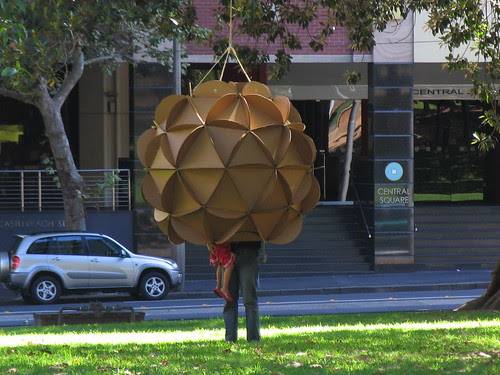 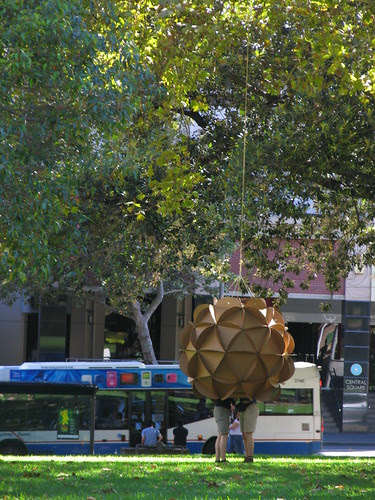 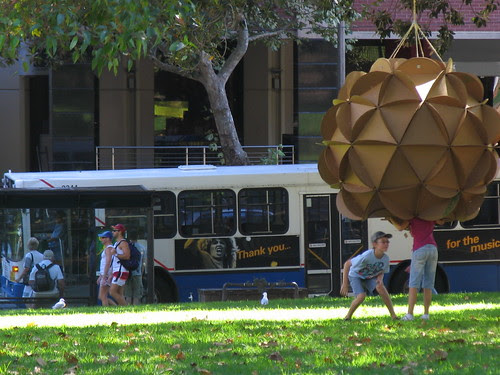 kids just ran straight towards it, and got it immediately... they didn't need to read no tag...
Belmore Park, 11.30am 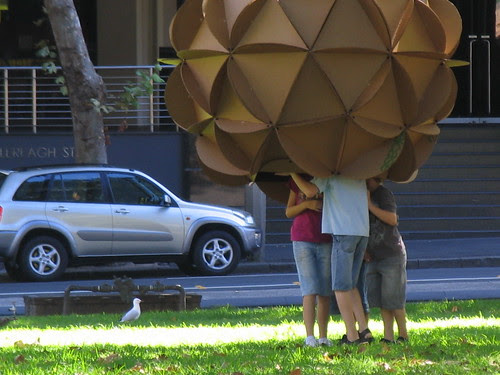 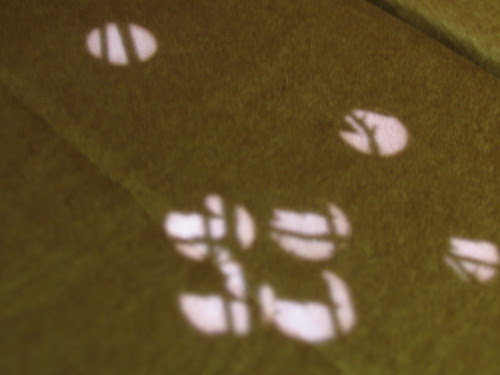 Camera obscuras of the leafy canopy above, seen from inside the planetarium
Belmore Park, 3.30pm

Three cardboard planetariums, installed throughout the Sydney CBD. You are welcome to duck inside, and to stand for a moment (or as long as you like) inside a solar-powered simulation of the night sky.

These cardboard universes, created with pinholes, contain a starchart accurate to 12 Midnight on Friday 22nd Feb, 2008. A solar-powered simulation of what is hidden, about and above, on a nightly basis... full project description.


Day 2 was so very different from Day 1... I had made this planetarium just over double the size of the ones I installed on Day 1, and the scale of this one turned out to be an ideal balance between largesse and seclusion.

The crowds passing through Belmore Park (which is next to Central Station in Sydney, so quite a busy thoroughfare) were much more inclined to segue from the path and interact with this planetarium, it seemed... lots of people and kids running over to it, ducking under and staying in there for ages. We even had a line-up a couple of times...

This planetarium was an experience that people could easily share with each other, which is what I had hoped would happen. Being more than twice as wide as the Day 1 planetariums, this one fitted about 3 adults or 5 kids comfortably inside at once... which made for some great moments... lots of little kids being lifted up to see the stars, then put back down, then crying to be lifted up again and see more stars...

So it's the excitement of one's first fridge-sized box all over again. Only the box is impregnated with the night sky. And it's hanging from a tree.

Stacks of photos from the day here.
Thanks to Kat Spat and her homeboy Kurt for adding to the documentation. Thanks to Nick for being a legend. Thanks to Jack for his truck. Thanks to Sydney for being the wonderfully curious and twisted town that it is.
Posted by the june fox at 3:42 PM

Labels: about above, about above exhibition, celestial, firstdraft, nature

Yeah, the photos show a real difference in the interaction style.

And thanks for posting the view looking up and into -- the next best thing to being there, I gues...

love your documentation - gave me a strong feel for the project - you must be very happy with the outcome - erasing all memory of sore arms!

good on ya kirsten! i wish i was there. will you be doing this for the next few weeks?

i like how "we" are able to access only the sky-watcher's body from the outside. you have to read the body language, but you have no real way of knowing what kind of experience they have in there. unless you see their face as they emerge blinking into the sunlight?

Hi Kirsten, we didn't get to work together on Immersion with Gail Priest two years ago but I still read your great blogs, you have a great view of the world, its nice to be able to tap into it thanks! -
sam james.
http://www.shimmerpixel.blogspot.com