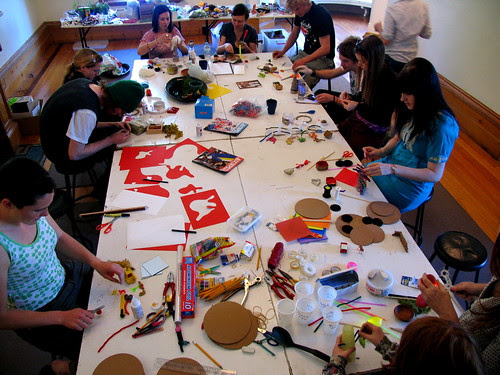 Urban Art Podders in action
The lovely folks at Carclew Arts in Adelaide asked me to do this workshop as the first happening of their new Urban Art Pod, an initiative that takes a bunch of emerging artists / designers and the like and trains them up in the wonderfully sticky monster that is Public Art. 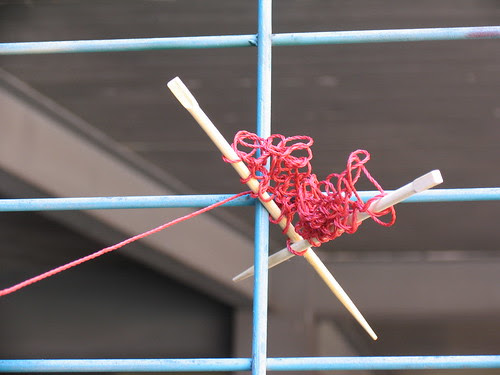 Urban Art Pod: One end of the washing line...
So in October 2008 I spent one fine day with the newly initiated Urban Art Podders thinking, making and baking ideas around the equally sticky concept of ephemeral street art, which in this instance I took to mean street art that is particularly fragile, possibly organic, somewhat crafty and generally not long for this world... 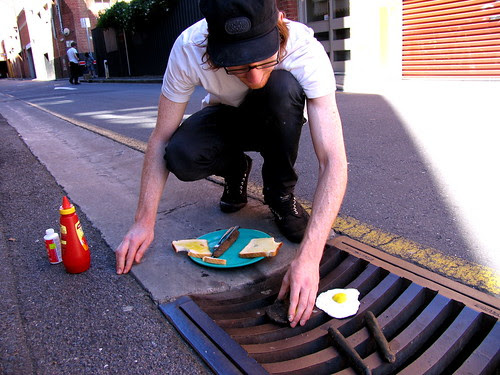 Urban Art Pod: installing clay eggs + sausages on drain/BBQ
This workshop was based apon a similar one that Nick + I did in New Plymouth, New Zealand in 2007 - called, similarly, Microclimates - which was part of the Taranaki Youth Festival there and tied in with our contribution to The Govett-Brewster's show at the time, New Nature... 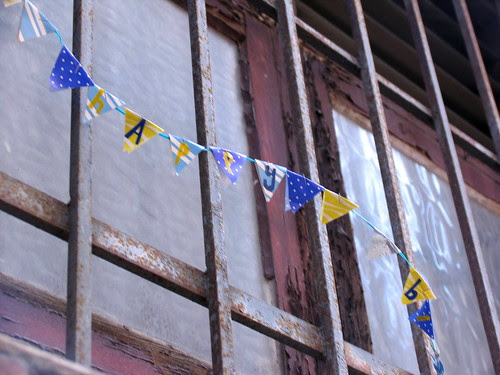 Urban Art Pod: Happy Birthday...
In short, the Microclimates 2008 workshop panned out as follows: after a slideshow and a discussion about ephemeral work intended for, and/or placed in a public context, the Urban Art Podders were set loose on a large pile of materials ranging from garlic chive seedlings through to spare doll parts, LED throwies, miniature people and string, and were told to have a think and a play. We situated the resulting pieces in an area of downtown Adelaide known as 'Art Alley' that afternoon... the point of the workshop was to loosen up basic assumptions of how Art and Artists can interface with public space, by trying stuff out and thinking about the results (as slap-dash as they may have been)...
Great results and a great crew of creative types. Wishing all within the Urban Art Pod all the best in their coming 18 months of loosely directed lunacy... and yay for Carclew Arts for founding such a great initiative. 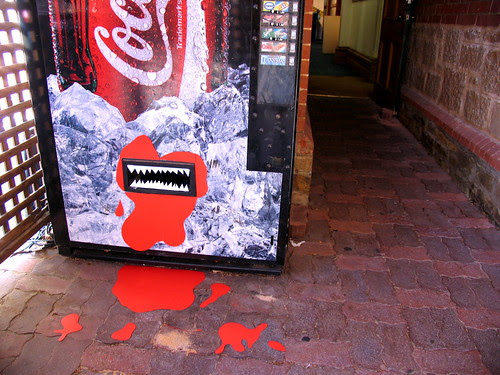 so nice... have you got the presentation lying around anywhere to post up? t'would be fab to see...